Once upon a time, there were three mountains. They resided in the Hautere forest. Their names were: Ōtanewainuku who still stands today; a strong mountain with tall trees and beautiful wild life. Pūwhenua, a beautiful hill with the best ferns and shrubs. The final of the three was a nameless mountain.

In a sad attempt to end his torment, he called upon the Patupaiarehe, the magic spirits to plait a magic rope to haul him out to sea. During this journey, the mountain gouged out large swathes of earth creating the valley of the Waimapu river, forever changing the landscape. Waimapu was named ‘weeping waters’ for the mountains struggles.

As the spirits and mountain reached the oceans edge, the sun rose, trapping the mountain where it stood. The Patupaiarehe fled as the day light trapped the mountain, as they were spirits of the forest and feared the daylight. As they returned to their lush forest, they named the nameless mountain Mauao, ‘Caught by the Morning Light’.

And so The Bay of Plenty’s landscape was forever changed by Mauao’s love for Pūwhenu. 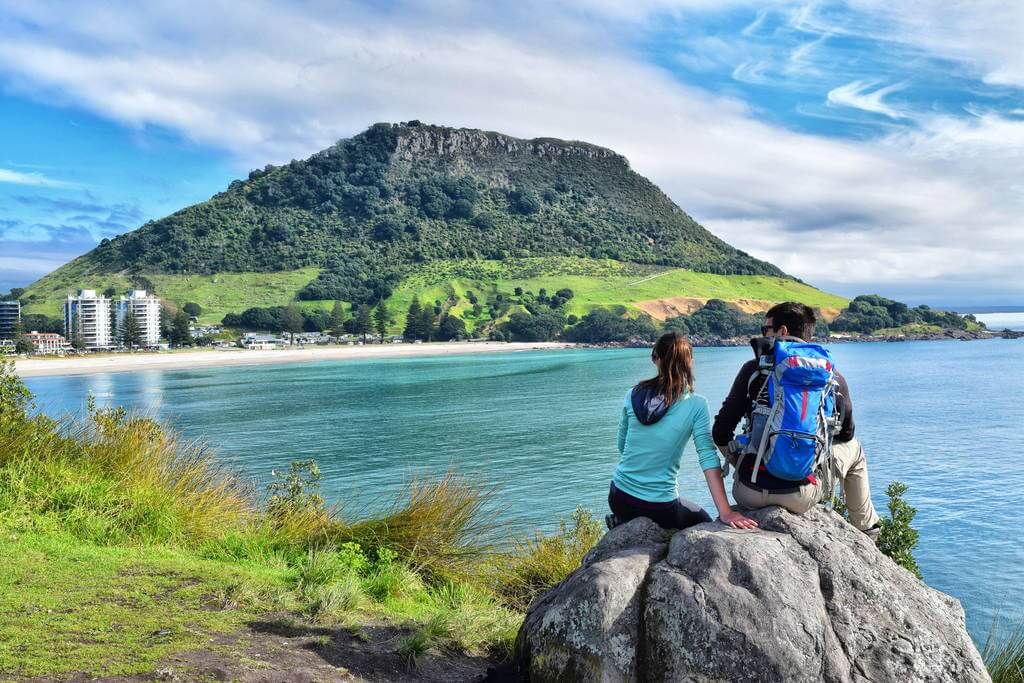